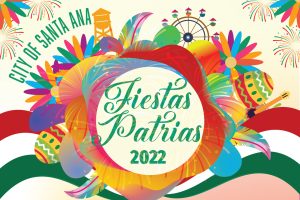 Join us on September 17 and 18 to celebrate the Fiestas Patrias festival recognizing our Hispanic and Latino culture and mark the independence of various Latin American countries. We’ll be celebrating with street fair festivities that include live music, food, cultural exhibitors, carnival rides, and more. The event takes place from 12 p.m. to 8 p.m. each day on Flower Street between Civic Center Drive and Santa Ana Boulevard.

Mexican singer Beatriz Adriana will be performing on the festival’s main stage at 8 p.m.. Beatriz Adriana is best known as a ranchera singer. She has a recognized artistic trajectory in Mexico and Latin America. At the age of 13, she signed her first record contract, and two years later, she made her debut on the big screen by appearing in the film “La Comadrita.” She shot to fame after obtaining first place at the first Ranchera Song Festival in 1982, with the theme “El cofrecito” by musician and composer Juan Zaizar. In 2007, she participated in the Azteca Television program called Disco de Oro, hosted by José Luis Rodríguez (“El Puma”) and María Inés Guerra. Her most recent album, “Que No Me Faltes”, was released earlier this year.

Raymix will be co-headlining Saturday night at 9:15 p.m. Raymix is a Mexican musician and aerospace engineer. Nicknamed El Rey de la Electrocumbia (or "The King of Electrocumbia" in English), Raymix started his music career in the early 2010s when he joined a trance project called Light & Wave with two other Mexican musicians.

On Saturday, September 17, the City of Santa Ana with the Consulate of Mexico will host the annual El Grito Ceremony on the festival’s main stage located on Flower Street beginning at 7 p.m. The ceremony, which will be a replay of the Consulate of Mexico's official El Grito Ceremony from September 15,  honors the traditional call to arms on the eve of Mexican Independence Day. It is a massive, synchronized call that dates back to 1810 and celebrates the anniversary of the fight for Mexican Independence.

El Chapo de Sinaloa will take the stage on Sunday at 7 p.m. As a Regional Mexican singer and actor, el Chapo de Sinaloa started out professionally as a Norteño singer but has since been primarily focused on Banda, as well as some Mariachi songs. He began in the 1990s and since released over a dozen romantic albums, which have been successful both in Mexico and the United States.

How to get here

Paid parking is available at two nearby parking garages:

There is limited metered street parking, as well as parking at other City and County-owned parking garages, in the Civic Center and Downtown area. Please be mindful of on-going construction in the area and give yourself plenty of time to maneuver around the construction and road closures. 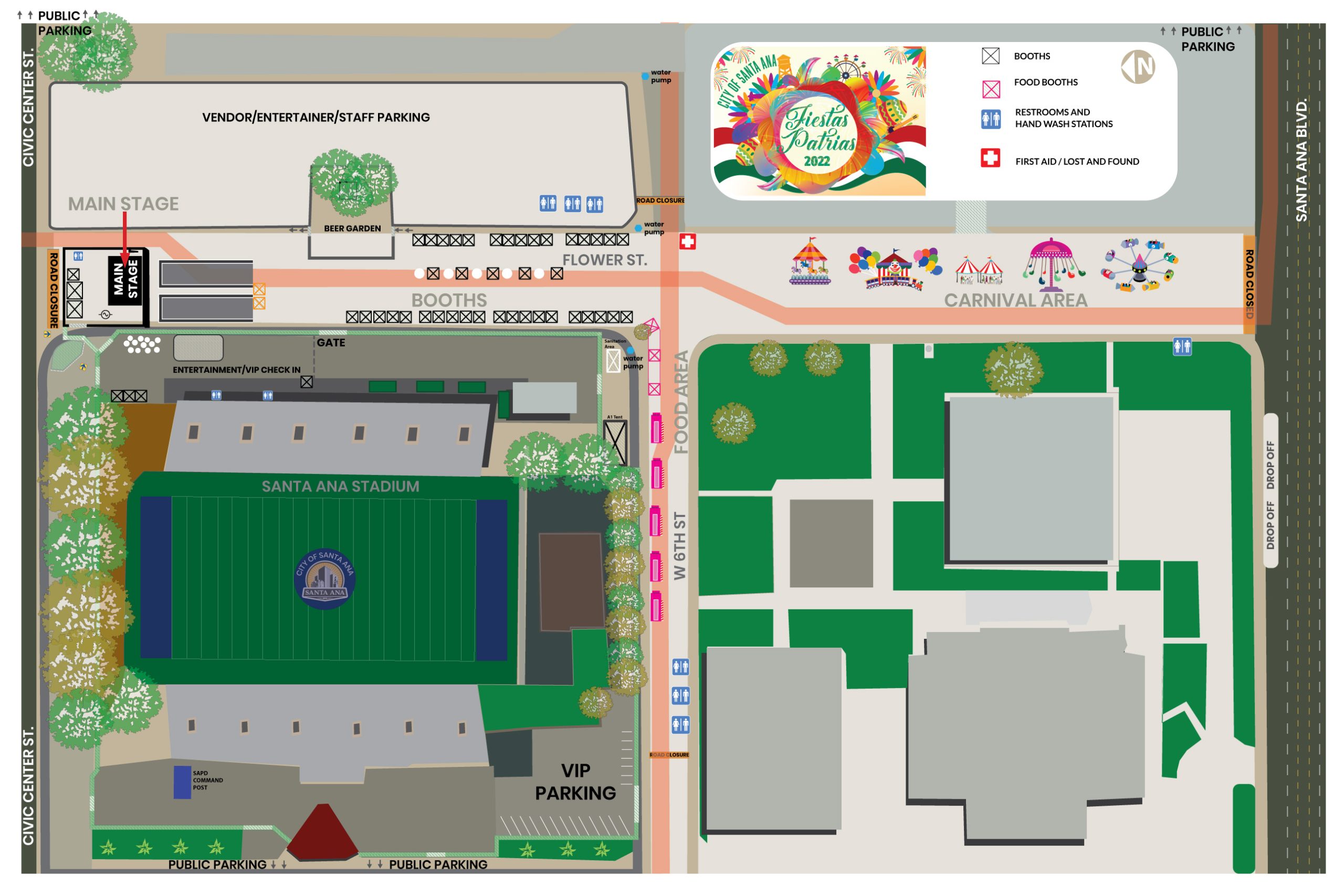 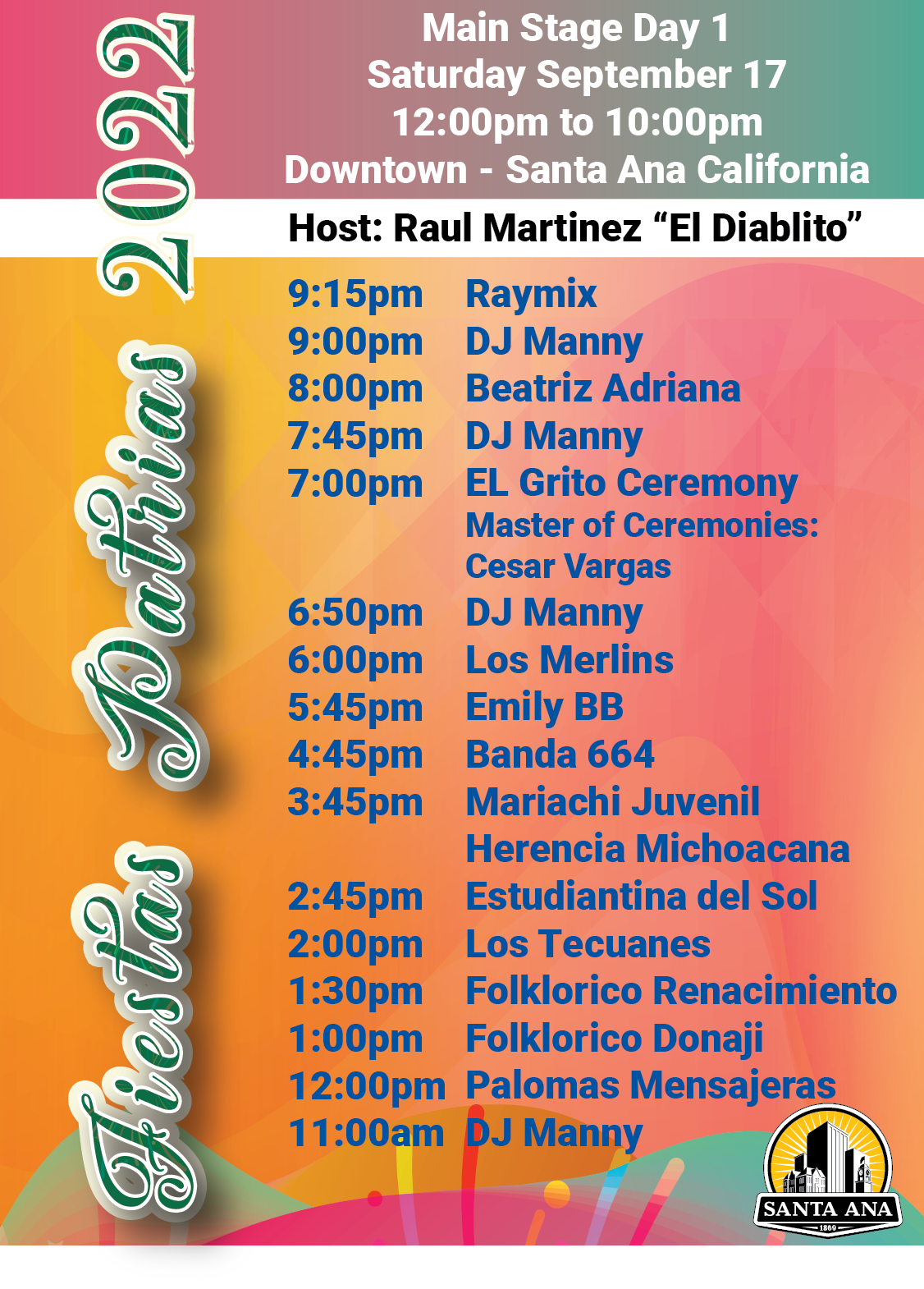 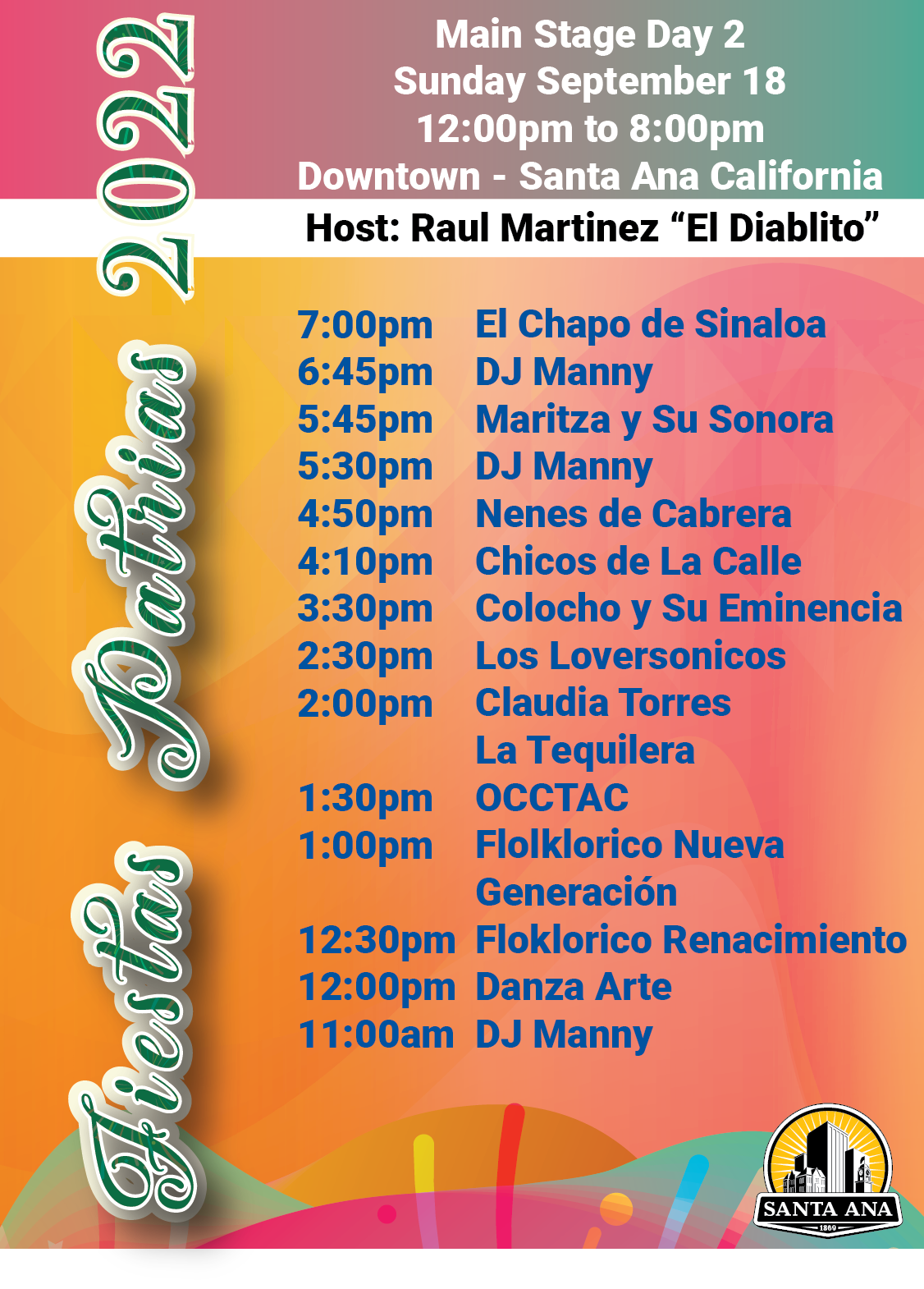