Check out titles in commemoration of the 20th anniversary of the attacks of September 11th, 2001 that will help children understand what happened on that day. 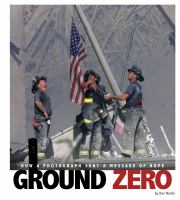 Ground Zero: How a Photograph Sent a Message of Hope

The tragic events of September 11, 2001 sent shockwaves around the globe that are still felt today. Nearly 3,000 people died in the terrorist attacks and thousands more were injured. On the afternoon of the attacks, three firefighters paused in their rescue work to raise an American flag at Ground Zero in New York City. In the midst of horror and despair, the iconic photo of the men would remind Americans that they were far from beaten. It represented the country's strength, courage, decency, and its hope for the future. 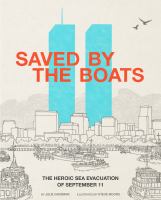 Saved by the Boats: the Heroic Sea Evacuation of September 11

Discover this rarely told story of heroism and rescue of nearly 500,000 people on Manhattan Island, which would later be called the largest sea evacuation in history, on September 11, 2001. 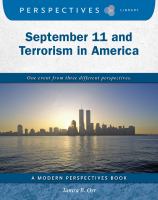 September 11 and Terrorism in America

This book relays the factual details of September 11 through three different perspectives. The narrative provides multiple accounts of the event, and readers learn details through the point of view of a New York Muslim student, NYFD firefighter, and Midwestern student. The text offers opportunities to compare and contrast various perspectives while gathering and analyzing information about a modern event. Content focuses on point-of-view and encourages readers to understand how background and experience can lead to differing views.

What were the Twin Towers?

Discover the true story of the Twin Towers--how they came to be the tallest buildings in the world and why they were destroyed. When the Twin Towers were built in 1973, they were billed as an architectural wonder. At 1,368 feet, they clocked in as the tallest buildings in the world and changed the New York City skyline dramatically. Offices and corporations moved into the towers--also known as the World Trade Center--and the buildings were seen as the economic hub of the world. But on September 11, 2001, a terrorist attack toppled the towers and changed our nation forever. Discover the whole story of the Twin Towers--from their ambitious construction to their tragic end. 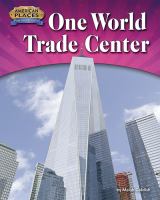 On May 10, 2013, the final section of One World Trade Center's 408-foot spire was set in place. The 1,776-foot building had officially become the tallest in the Western Hemisphere! For many Americans, the majestic skyscraper was a beacon of hope after the 9/11 tragedy and captured President Barack Obama's words: "We remember, we rebuild, we come back stronger!" One World Trade Center: The Freedom Tower traces the incredible story of a structure that divided New Yorkers before bringing them together. The book describes how the skyscraper was designed and built, story by story. Large color photos, maps, and fact boxes enrich the captivating story. One World Trade Center: The Freedom Tower is part of Bearport's American Places series. 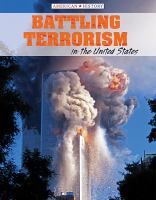 Battling Terrorism in the United States

Although September 11, 2001, marks the day when average Americans first began to grapple with the concept of terrorism in the United States, it wasnt the first terrorist attack on American soil. The history of terrorism and the fight against it in the United States is long and filled with more action and intrigue than a novel or movie. Readers discover the details of this part of American history through comprehensive main text, enlightening sidebars, and historical and contemporary images. They also take a look at whats being done today to protect Americans and fight terrorism at home and abroad.

When her fifth-grade teacher hints that a series of lessons about home and community will culminate with one big answer about two tall towers once visible outside their classroom window, D ja can't help but feel confused. She sets off on a journey of discovery, with new friends Ben and Sabeen by her side. But just as she gets closer to answering big questions about who she is, what America means, and how communities can grow (and heal), she uncovers new questions, too. Like, why does Pop get so angry when she brings up anything about the towers?

Brandon is visiting his dad on the 107th floor of the World Trade Center on September 11, 2001 when the attack comes; Reshmina is a girl in Afghanistan who has grown up in the aftermath of that attack but dreams of peace, becoming a teacher and escaping her village and the narrow role that the Taliban believes is appropriate for women--both are struggling to survive, both changed forever by the events of 9/11. 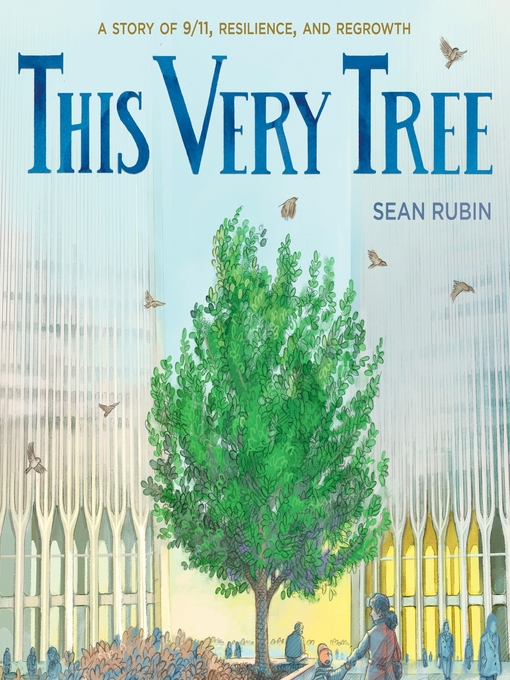 In the 1970s, nestled between the newly completed Twin Towers in New York City, a Callery pear tree was planted. Over the years, the tree provided shade for people looking for a place to rest and a home for birds, along with the first blooms of spring. On September 11, 2001, everything changed. The tree's home was destroyed, and it was buried under the rubble. But a month after tragedy struck, a shocking discovery was made at Ground Zero: the tree had survived.