In this edition of COSAS, read about our Parks Master Plan, learn how Santa Ana police helped in a major FBI investigation, get summer safety tips, and find more local news and events. 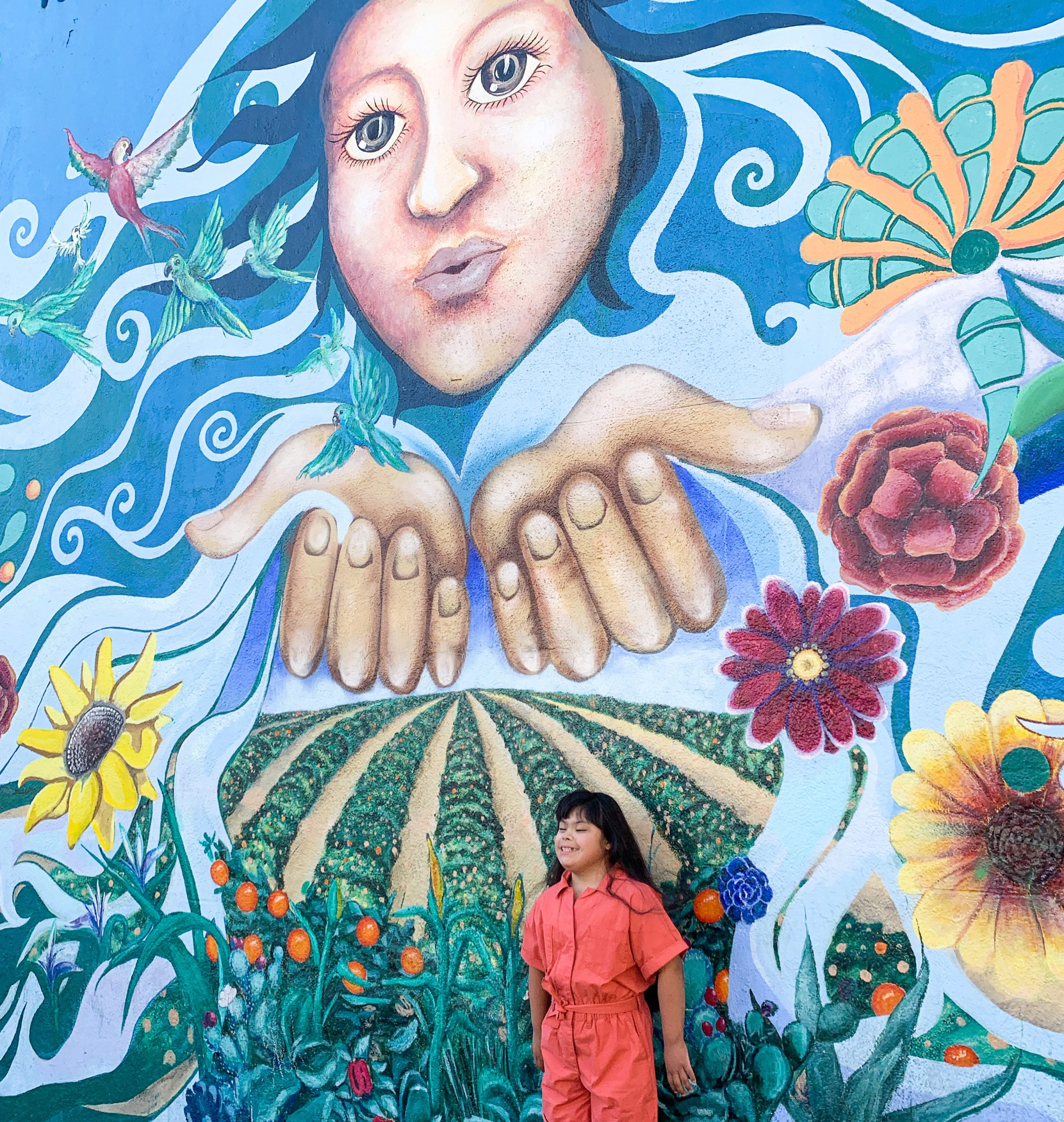 To submit your own original photo of Santa Ana to be featured in the next newsletter, complete this form. 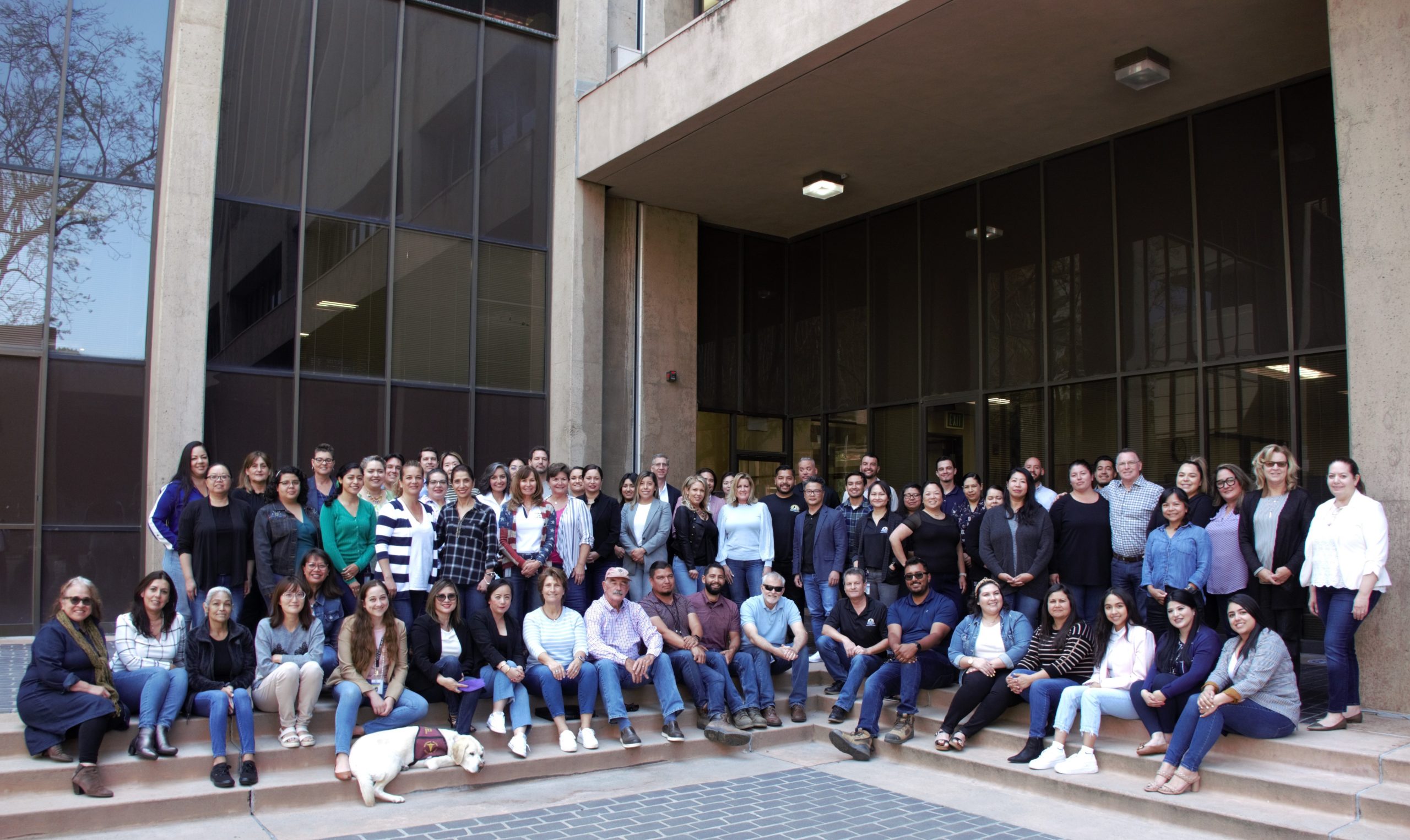 City of Santa Ana employees wore denim in recognition of Denim Day on April 27 to support survivors and spread awareness of sexual violence. Here in Santa Ana we have what we believe is the first Family Justice Center located within a police department in the country. If you are a victim of domestic violence, child abuse, elder abuse, sexual assault or human trafficking, please contact the Santa Ana Family Justice Center.

Our Vision for the Future of City Parks 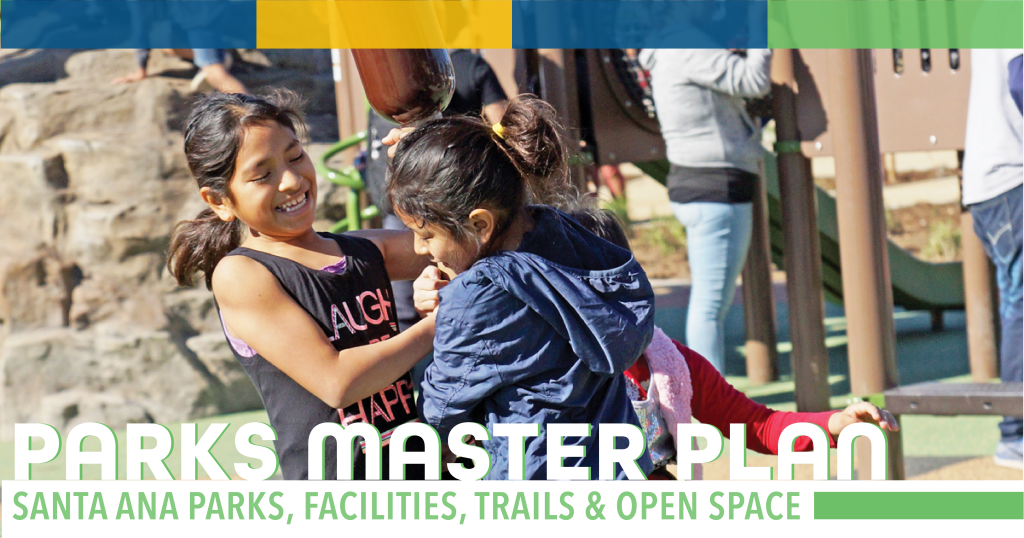 The Parks, Recreation and Community Services Division began developing the plan in 2020 with the help of public input through community meetings, surveys and a diverse Park Advisory Group. At 4:30 p.m. today, April 28, staff will present the draft plan to the Parks, Recreation, and Community Services Commission, which will send its recommendations to the City Council. 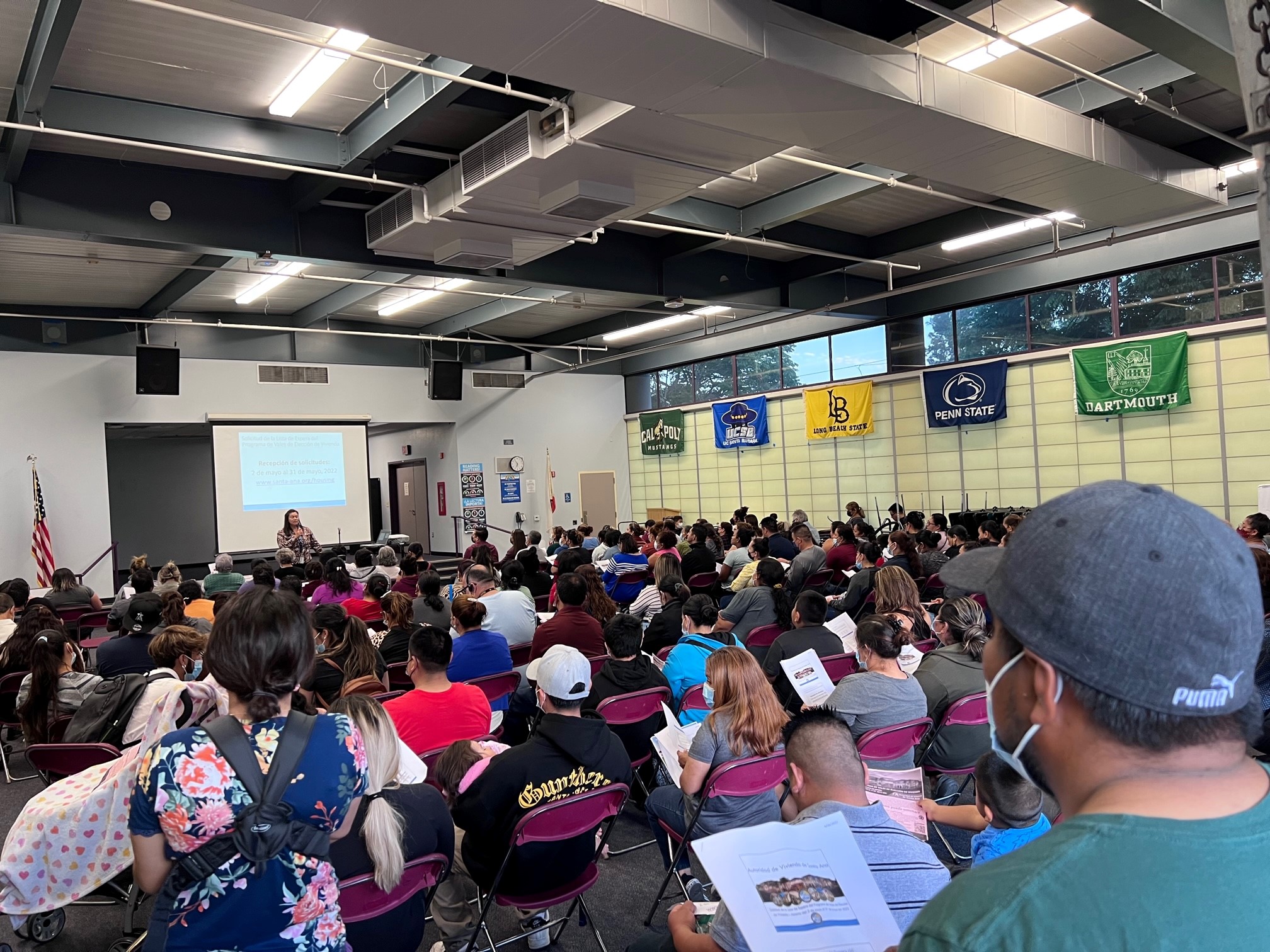 Over the past week we’ve had a series of informational workshops about the Housing Choice Voucher Program, also known as Section 8 rental assistance, to encourage people to sign up for this rare opportunity to join the waiting list. The last time this list opened was seven years ago. A few more informational sessions are scheduled this week:

Housing Choice Voucher applications will be accepted beginning May 2, 2022, at 7:30 a.m. until Tuesday, May 31, 2022, at 11:59 p.m. The Housing Choice Voucher Program is the federal government’s largest program for assisting very low-income families, the elderly, and the disabled to afford healthy and safe housing at the home of their choice.

After the City Council adopted a new ward boundaries map on April 5, as required by law to reflect population changes and communities of interest, the Clerk of the Council now has an interactive map to help you find your ward. Enter your address at the map link below to locate which ward you live in and which City Councilmember represents you. The new boundaries will be used for wards 2, 4, and 6 in the November 8, 2022, general municipal election.

Stay Safe Around Pools and Barbecues 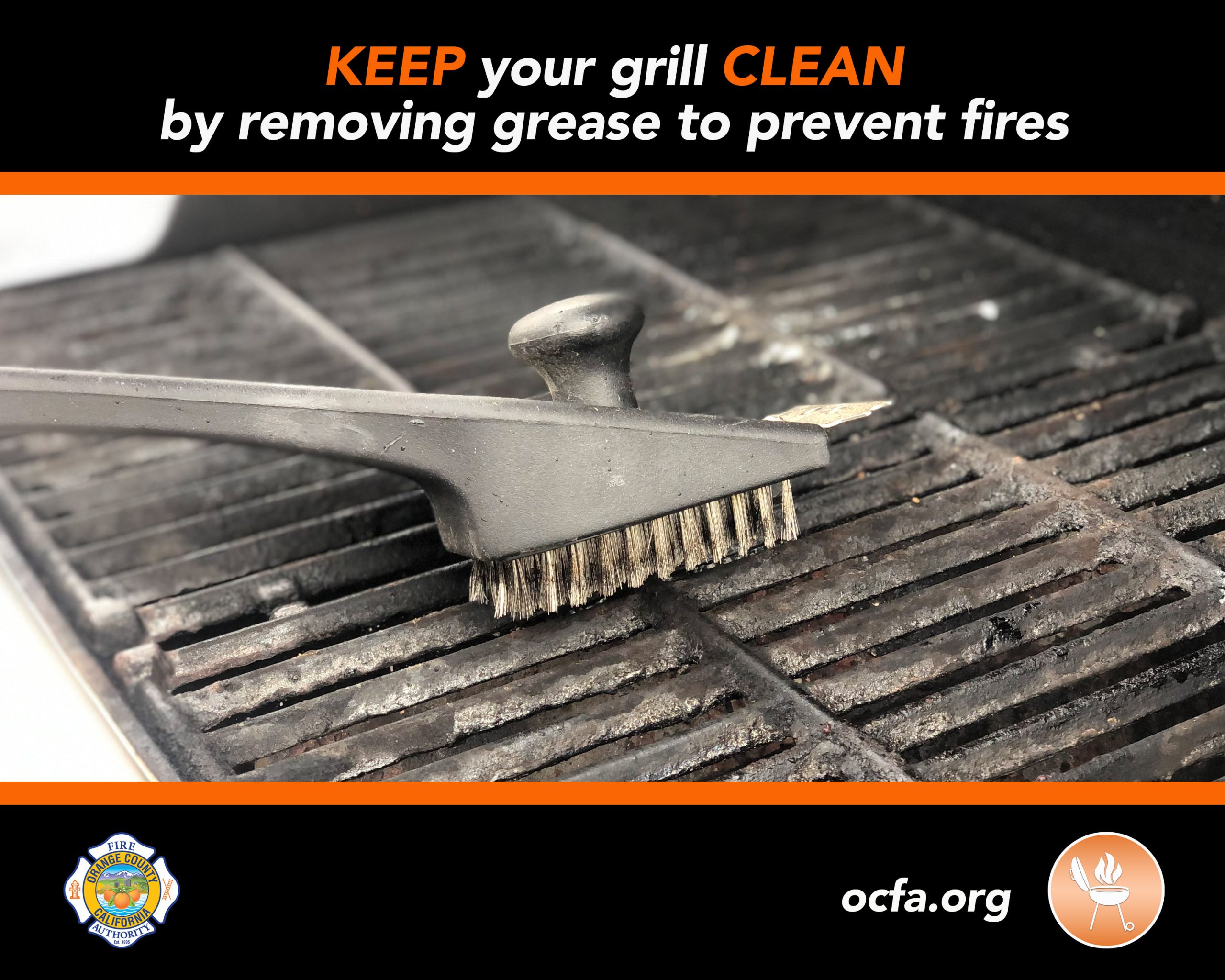 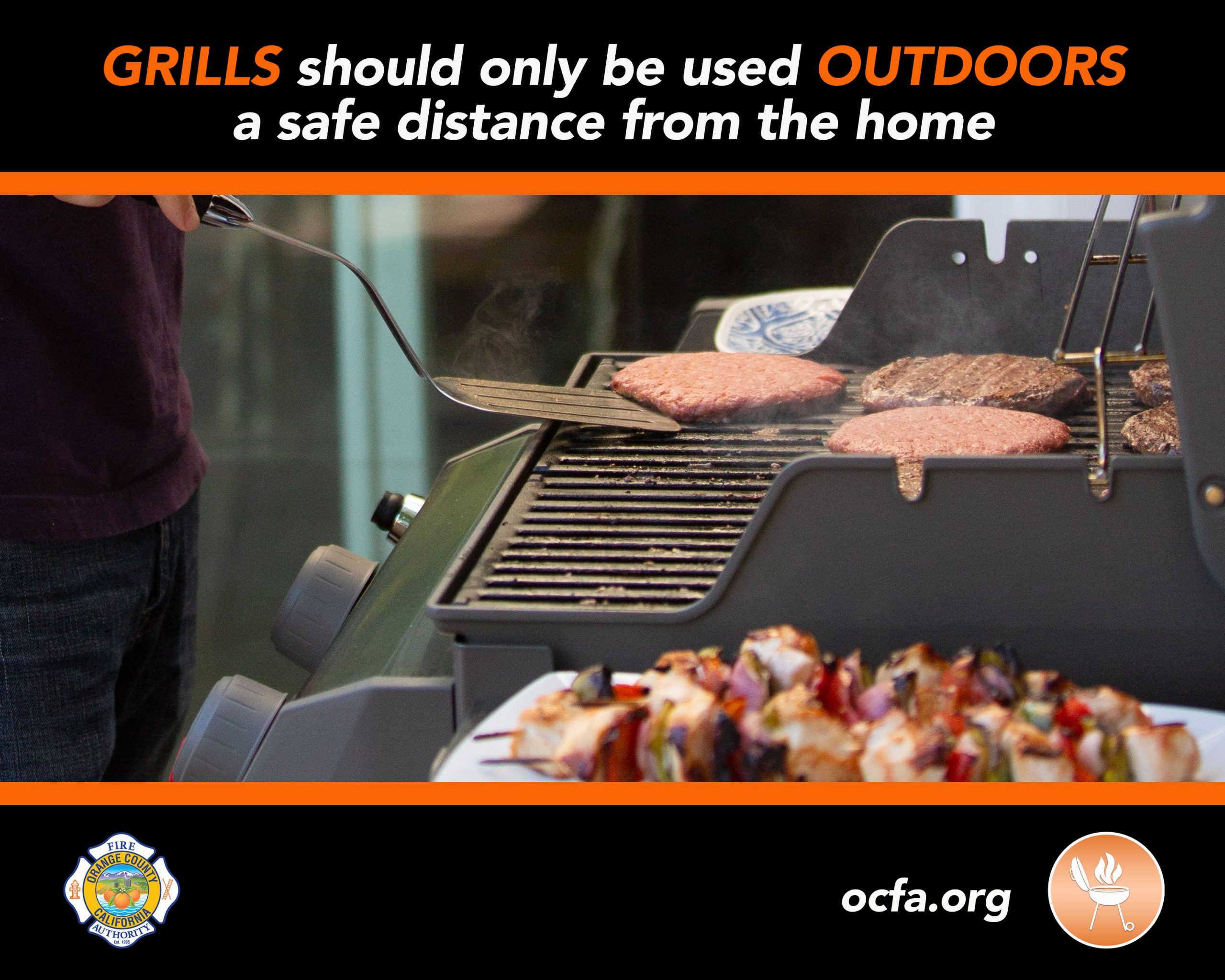 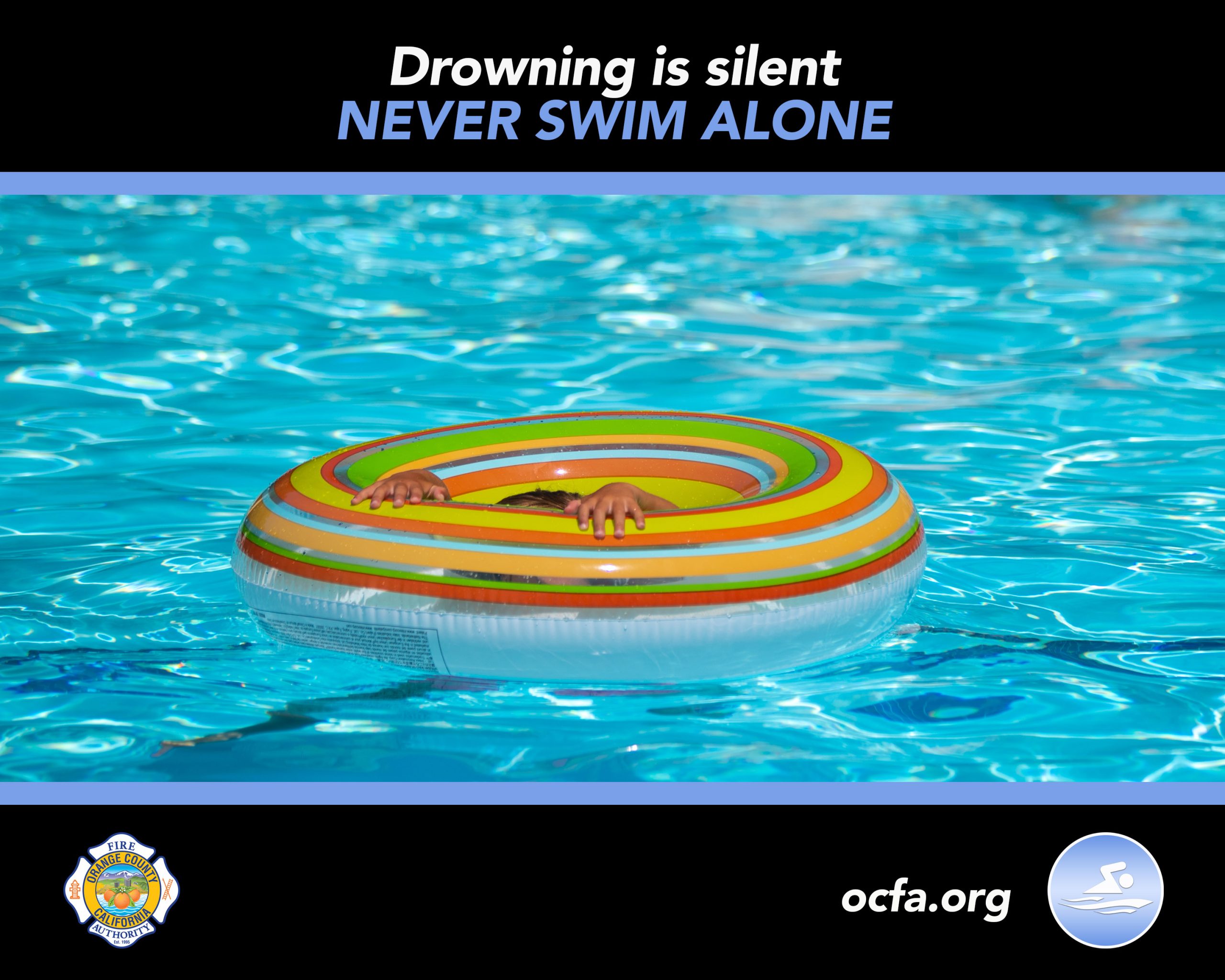 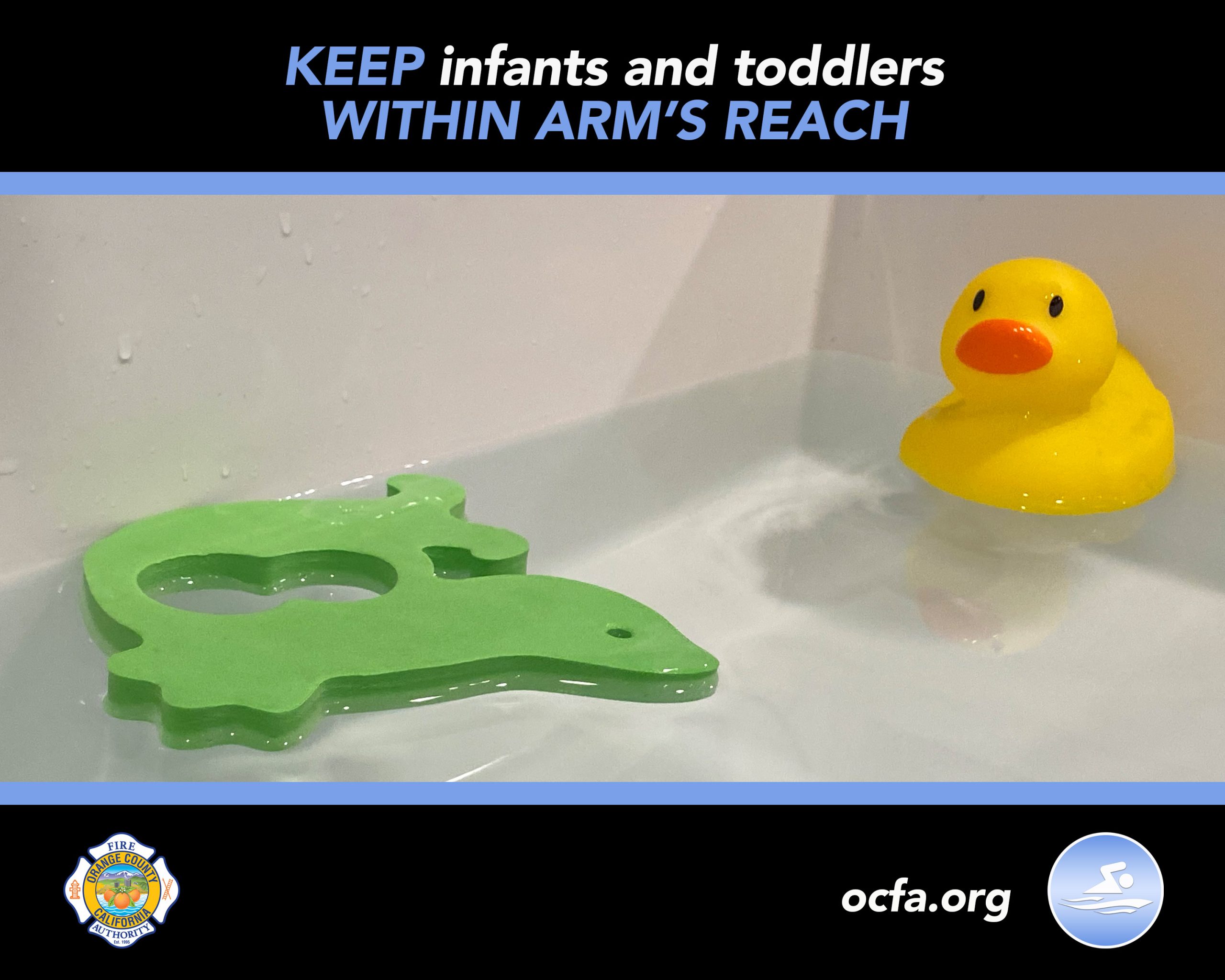 We all love to cook out on the barbecue and have a dip in the pool, but these activities can be dangerous if we aren’t careful. The Orange County Fire Authority is sharing some important tips on barbecue grill safety and drowning prevention. Let’s all enjoy a fun and safe summer!

Tales of the City 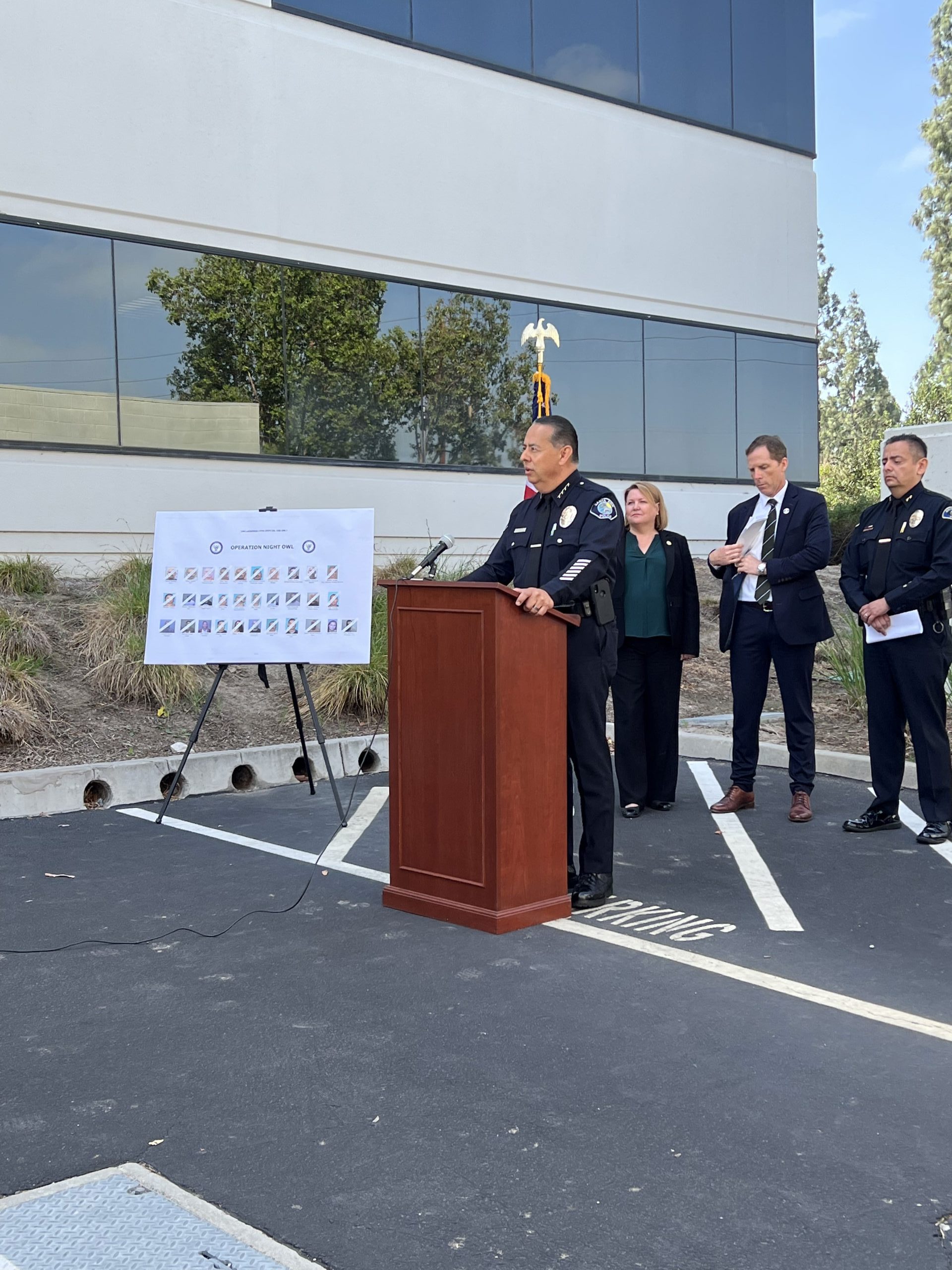 When Santa Ana residents see our police officers responding to traffic incidents, burglaries or other day-to-day crimes, that may be the most public aspect of their role of protecting the community. However, some of the most important work done by the Santa Ana Police Department to protect public safety in the long term is often done behind the scenes and can take years.

On Wednesday, such long-term work by six detectives in the Career Criminal Unit paid off, with the U.S. Attorney’s Office announcing that three Orange County Mexican Mafia members and 28 associates had been charged in a major operation. SAPD detectives, as part of the Orange County Violent Gang Task Force, worked alongside other local, state and federal agencies since 2017 to ensure these violent, career criminals were brought to justice.

Our detectives were the boots on the ground in Santa Ana – they knew the local players and conducted essential investigations. A 33-count federal grand jury indictment unsealed this week charges the 31 defendants with racketeering offenses, two murders, six attempted murders, and related drug and gun charges. Nine of the defendants were arrested on Wednesday, including three in Santa Ana by our SAPD officers.

This is the kind of dedicated police work and perseverance we have come to expect from Chief David Valentin and the SAPD. Congratulations on a job well done!

City Council meetings are typically held on the first and third Tuesdays of each month at 5 p.m. Meetings now have both in-person and virtual participation and attendance and are live streamed on YouTube and CTV 3 (channel 3 on Spectrum and channel 99 on AT&T TV). If you’d like to provide public comments on agenda and non-agenda items, you can email, attend in person, or join the Zoom webinar online or by phone.

The City is putting together the new budget for the 2022-23 fiscal year to decide how much money should be spent on all of our City services and programs. We want to hear from you! Learn about the budget and tell us how you would like to see the City spend its funds at this community meeting.

Join a discussion regarding Public Works Traffic Studies in the neighborhoods, forming a neighborhood traffic committee, coordination with SAPD on parking and traffic enforcement, and monthly Neighborhood Crime Activity Map and Report. 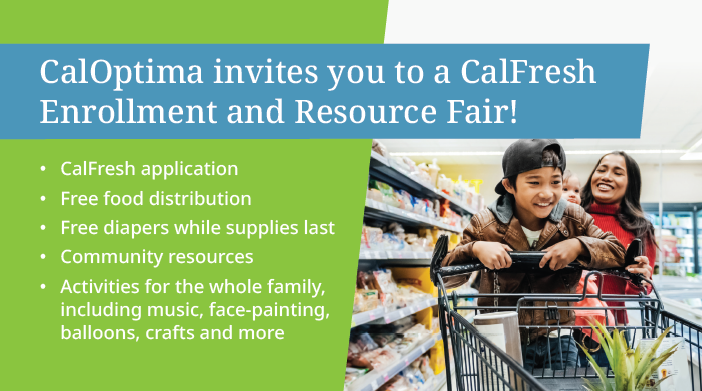 CalOptima is inviting the community to a CalFresh Enrollment Event and Resource Fair. CalOptima is offering onsite CalFresh enrollment for families to receive help paying for food, as well as food and diaper distribution (while supplies last), and community resources and activities for the whole family, including music, face painting, balloons, and more. 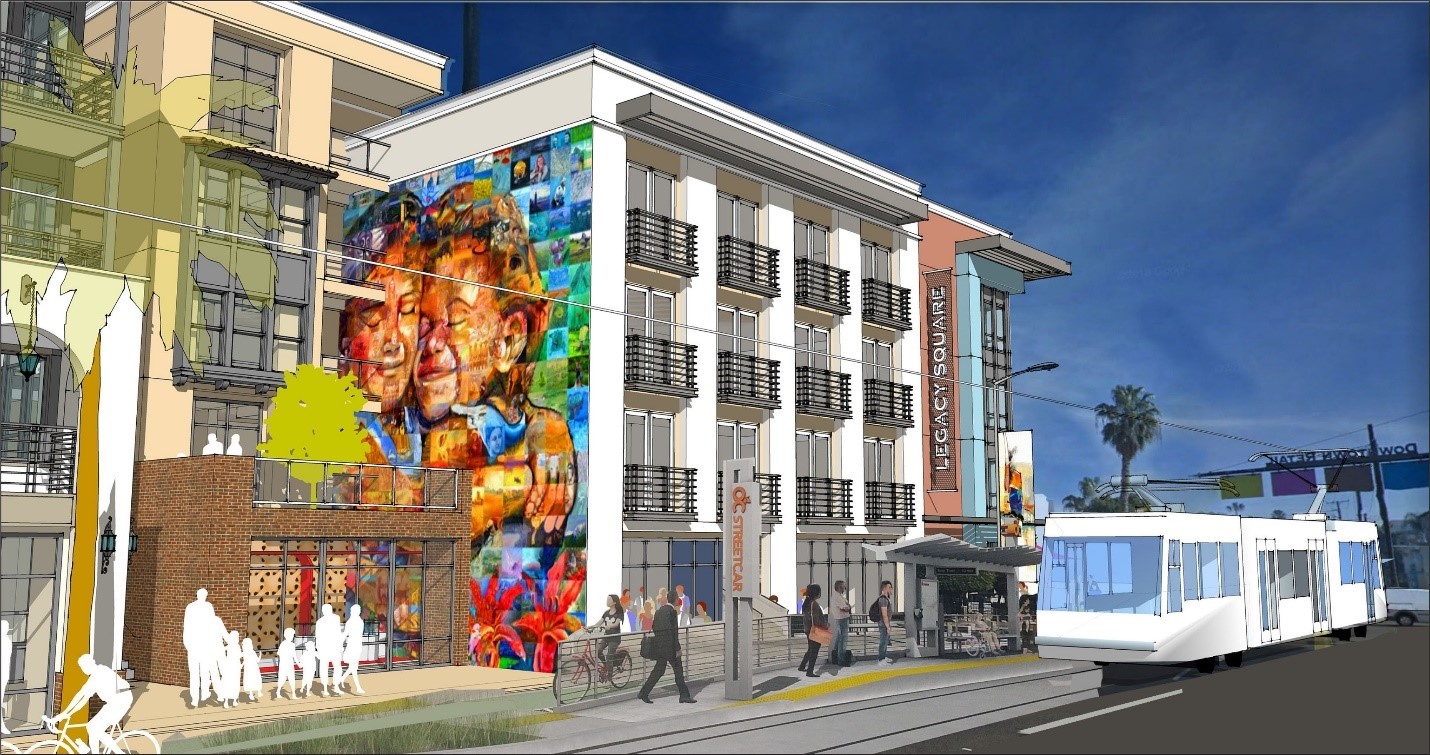 Legacy Square is a new affordable apartment community at 301 E. Santa Ana Blvd. that is currently under construction and is expected to be completed in early 2023. The multifamily community will offer 93 high-quality apartment homes. Join this virtual workshop to learn more. 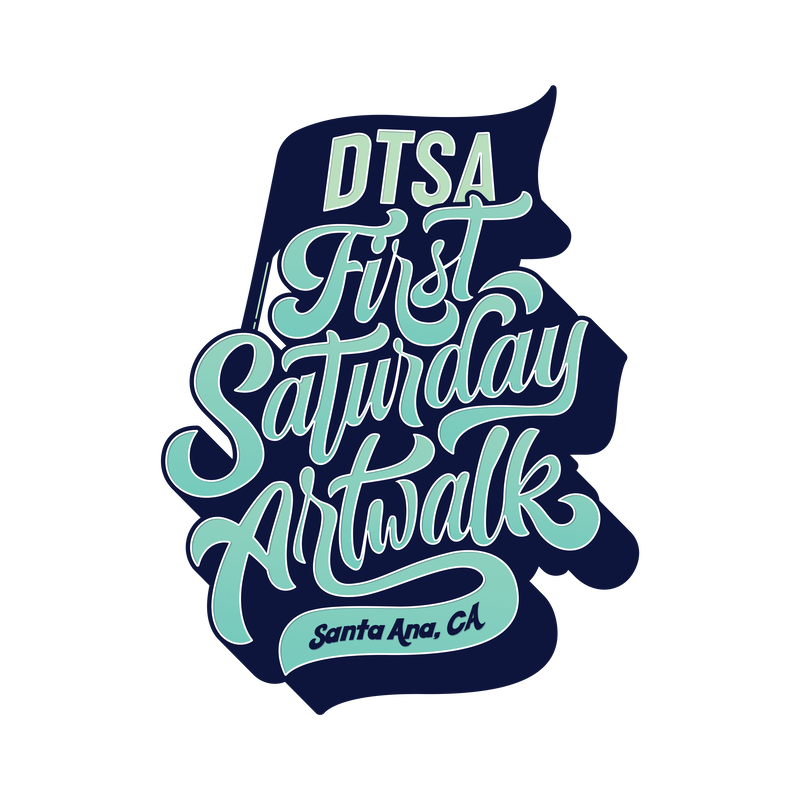 Artwalk is a community-based arts showcase across downtown Santa Ana on the first Saturday of each month. There are outdoor festival areas with vendors, pop-up artists and performances, dancing under the stars and over 20 art galleries and studios with rotating art shows and performances and live music. 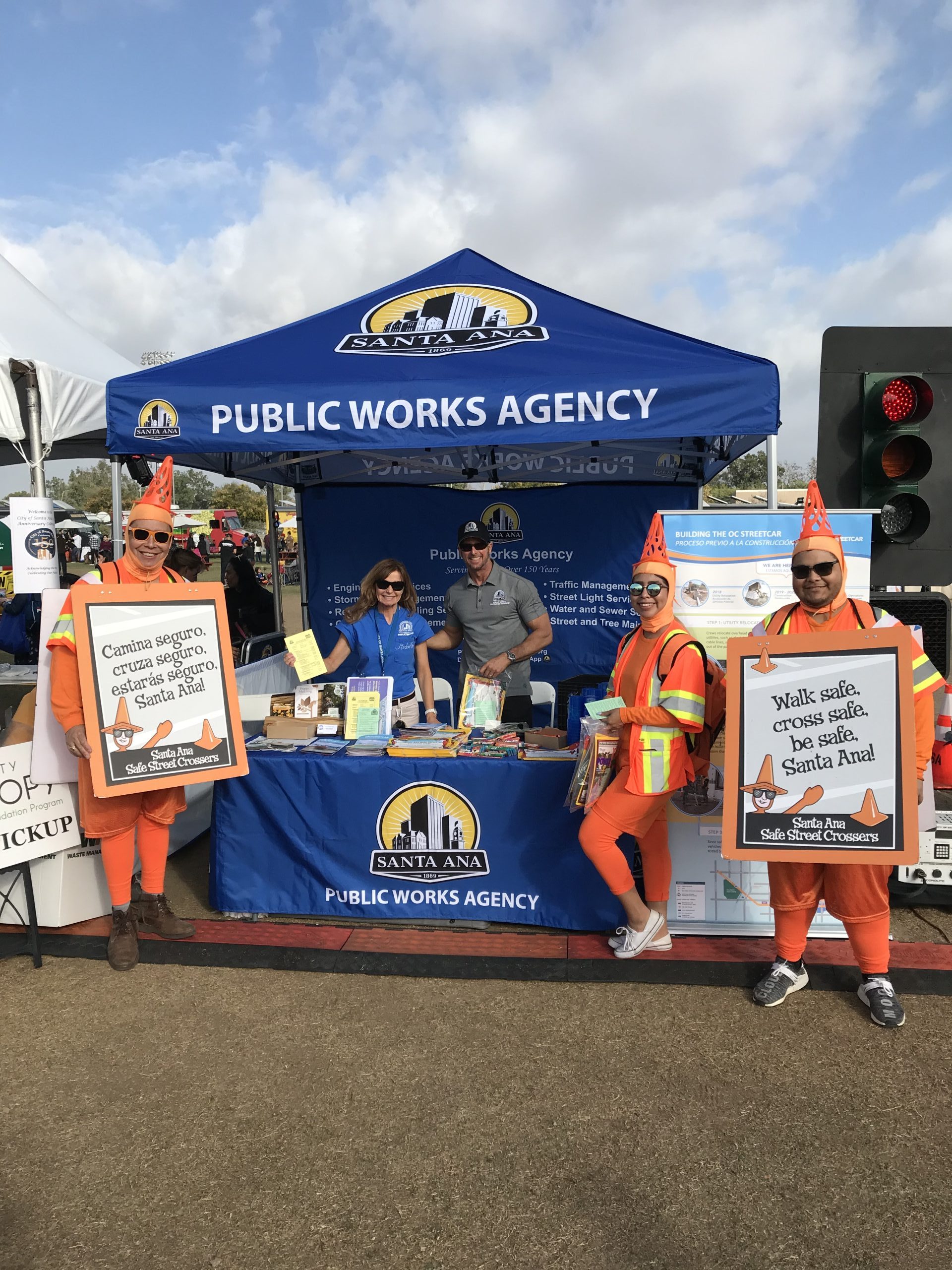 In recognition of National Public Works Week, the City of Santa Ana Public Works Agency invites you to a free family community event with free tacos to the first 500 guests, prizes, tours of the state-of- the-art water pump station, water pipe connection competition, Public Works exhibits and large equipment displays. Free event parking is available in the lot at Flower and Pine streets. Go to the link for more information.