Wings of the City

Nine monumental sculptures comprise the "Wings of the City" exhibition, a temporarily art installation that was in place in Downtown Santa Ana from 2017 to 2018.

The nine bronze sculptures of “Wings of the City” pay homage to classic Baroque and Renaissance pieces with surreal twists including men adorned with dream-like wings, wearing bird masks, and in stunning acrobatic poses. Since the collection’s debut in 2010 as a public art exhibit on Mexico City’s Paseo de la Reforma, the surreal sculptures have traveled to cities across the country since 2013. As Orange County’s cultural and artistic epicenter, Santa Ana was the only U.S. city at the time to present the exhibit for an entire year.

Each of the nine sculptures were strategically positioned throughout the downtown area, providing the local community and the general public an opportunity to engage with the work and celebrate Santa Ana’s cultural bridges. Self-guided walking tours of the exhibit in English, Spanish, and Vietnamese were available. Special public programs around the artwork were hosted throughout the year. 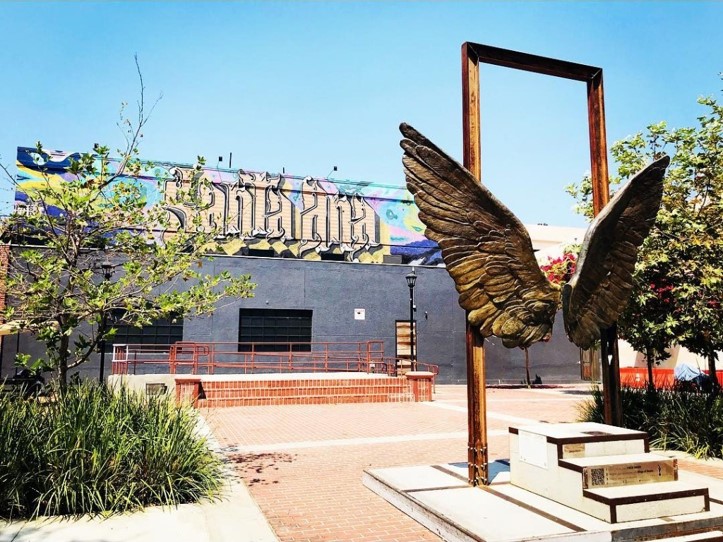 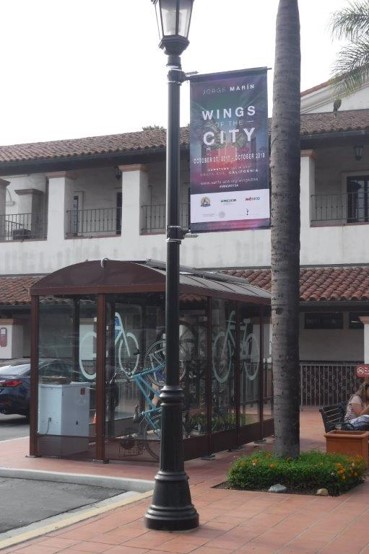