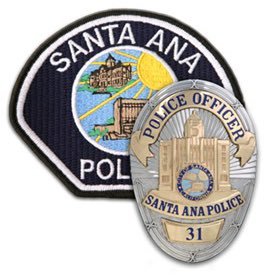 The school was placed on lockdown while the Orange County Sheriff’s Bomb Squad conducted a search for explosives. At approximately 4:20 p.m., the high school campus was rendered safe, and students were released. No suspect or explosives were located. Santa Ana Police Department worked closely in collaboration with the Santa Ana Unified School District administration to provide timely updates to this evolving incident.