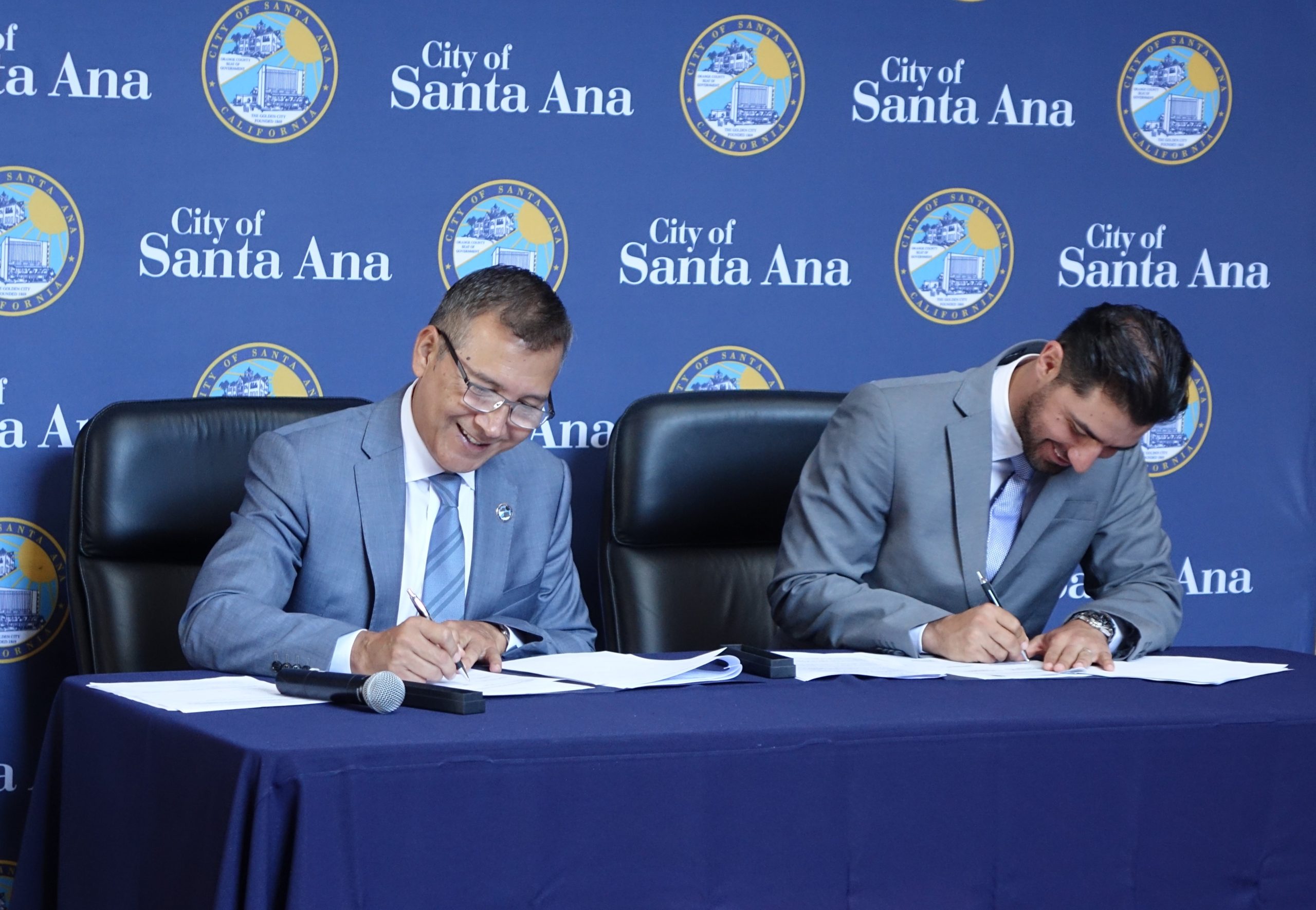 “As sister cities, there is much symbolism, but also the two cities are taking concrete actions,” Mayor Sarmiento said in Spanish. “We are seeing how we can share art, culture, economic development, and those links between the two cities that we know are very deep here in Santa Ana.”

Santa Ana has a large population of immigrants and residents with roots from Sahuayo.

“We are very happy to be able to take a big step for our two cities,” Mayor Gálvez Sánchez said in Spanish. “For us as Mexicans, a brother or sister is blood of our blood, it’s someone we confide in, who we support, who we celebrate with, who we share with, and that’s what we are seeking today with the City of Santa Ana.”

Under the resolution, the City of Santa Ana “seeks to establish, promote and encourage friendship, goodwill and charity and promote educational, cultural, environmental and business exchanges” between the communities of Santa Ana and Sahuayo.

The City looks forward to continuing to develop the sister city relationship and collaborating on future exchanges between the two cities.