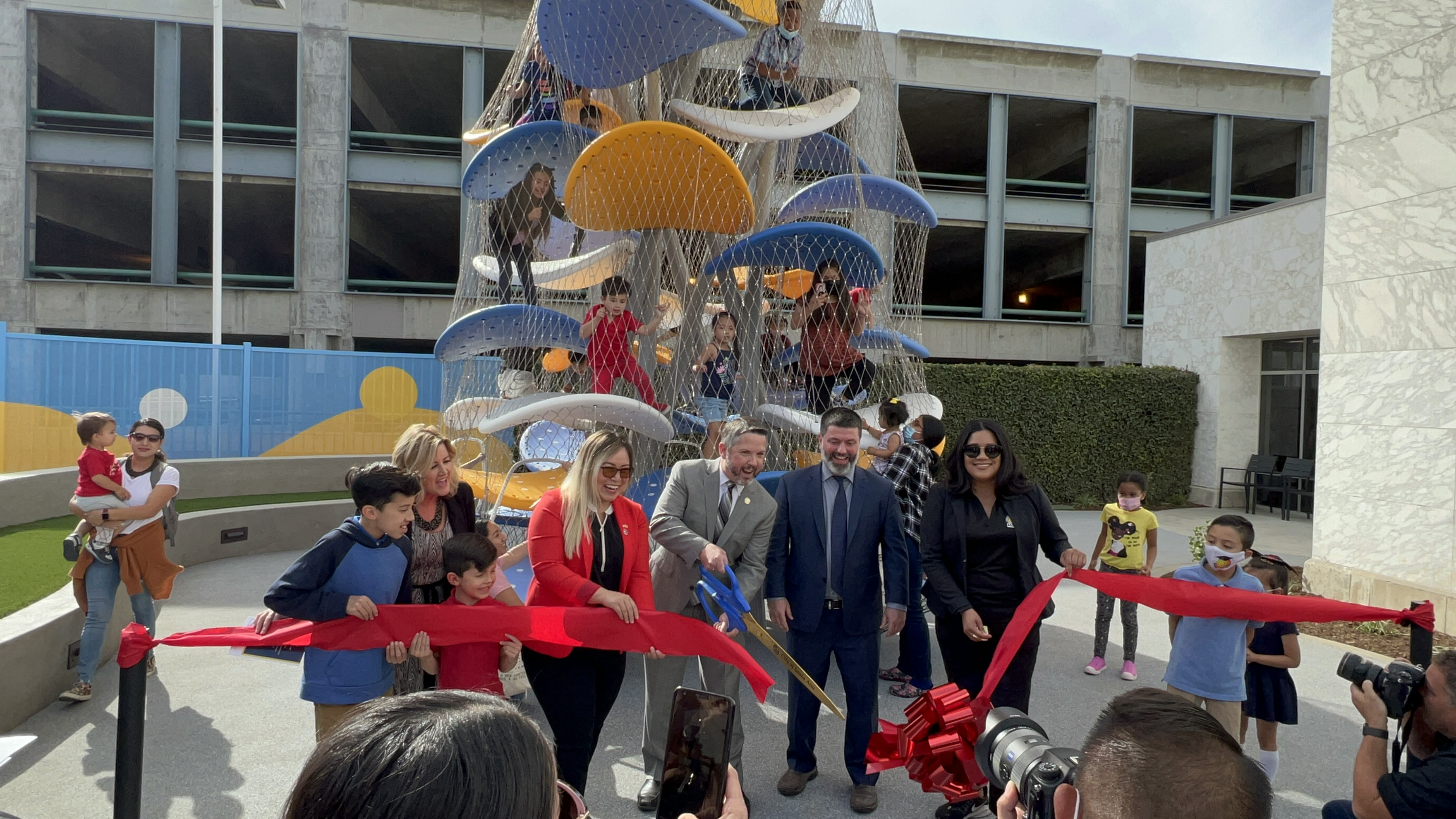 City officials had a ribbon-cutting event for the cannabis tax-funded project on March 15.

SANTA ANA, Calif. – The Santa Ana Public Library opened the new Play and Learn Children’s Patio on Tuesday, March 15, as the first step of a major renovation to create a modern and interactive learning ecosystem

The Children’s Patio includes a whimsical Luckey Climber play structure, outdoor reading areas, new landscaping and play surfaces, along with flexible activity spaces for library programming. It is located behind the Library with access from the children’s area inside.

“The Play and Learn Children’s Patio will empower children and their families to explore the resources offered by the Santa Ana Public Library and offer them the opportunity to spend time together in a safe and family-friendly space where they can build enjoyable memories,” Mayor Pro Tem Phil Bacerra said.

The $884,000 project is made possible by the City of Santa Ana’s Cannabis Public Benefit Fund supported by taxes paid from legal recreational marijuana sales.

Further renovations and program expansions at the City’s historical 1960 Main Library at Civic Center Drive and Ross Street, as well as at the Newhope Street branch, are planned using federal ARPA funds.

“With the completion of the Play and Learn Children’s Patio, the Santa Ana Public Library begins a new chapter,” Library Services Director Brian Sternberg said. “This next chapter prioritizes innovative new services, facilities and programs that focus on interactive learning and recreational experiences for the entire family.”