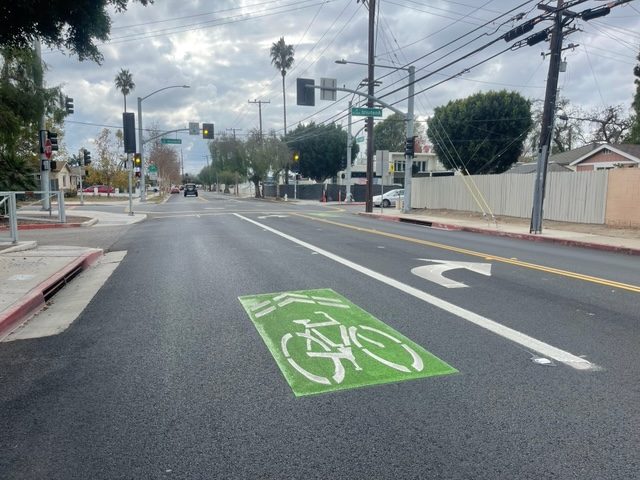 In 2015, the City of Santa Ana’s Safe Mobility Santa Ana (SMSA) program identified Flower Street from Civic Center Drive to Warner Avenue as one of the corridors with safety enhancement needs. SMSA program proposed the installation of bicycle lanes along with the traffic signal upgrades to a protected left turn phasing at the intersections of Flower Street at McFadden Avenue and at Edinger Avenue. This road is heavily traveled by students and parents getting to the two high schools and three elementary schools that are along Flower Street.

In April 2015, the City’s Public Works Agency applied for $945,000 in grant funds from the Highway Safety Improvement program that is available to Cities throughout the state every two years. In December 2015, the City received notice that the grant application had been successful and that the requested funds had been approved. The bicycle lanes and traffic signal upgrades project was supplemented with the additional funding for pavement rehabilitation along this corridor from Frist Street to Warner Avenue.  Construction began in September 2020 and the City’s Public Works Agency is happy to announce that the project was successfully completed in December 2021.