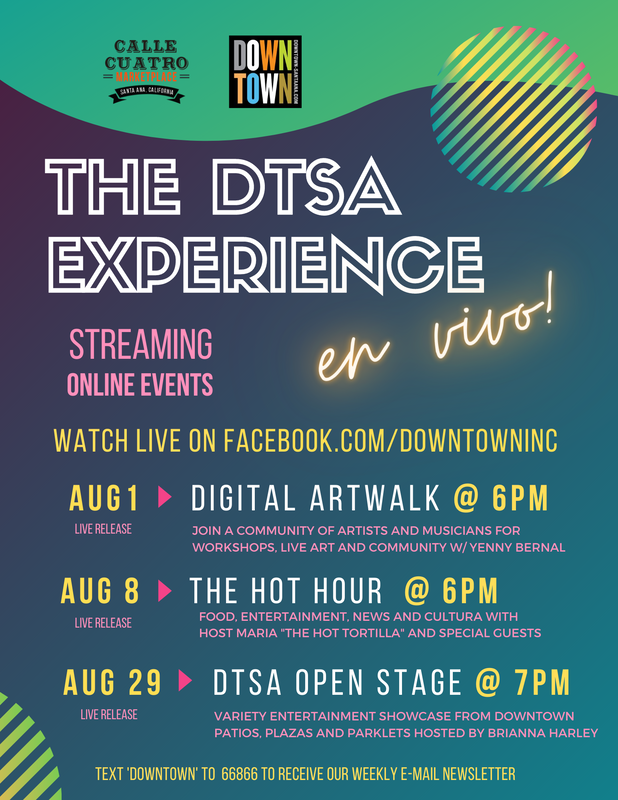 DTSA Open Stage, a new Facebook Live open-mic broadcasted from the heart of downtown launched this Spring with help from Downtown Inc and Calle Cuatro Marketplace. ​The next installment of DTSA Open Stage airing on August 29, 2020 at 7 p.m. will bring together performances and pop-up patios that have opened across downtown. Join us for a quick tour of some of the tastes and sounds you’re likely to encounter this weekend through the DTSA Open Stage program.