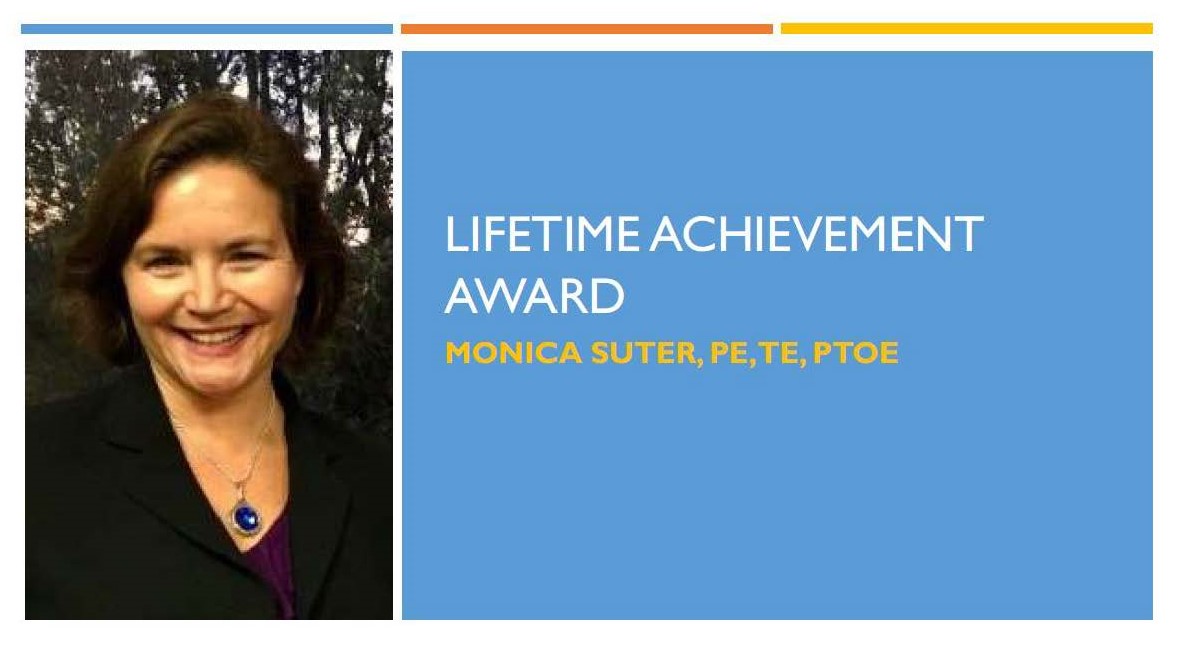 On Wednesday, November 16, 2022, the Southern California Section of the Institute of Transportation Engineers (ITE) presented the 2022 Lifetime Achievement Award to Santa Ana’s Public Works Engineer Monica M. Suter for her dedication, contributions, and vast involvement in ITE and the Transportation Profession.

As ITE Western District’s President, she promoted the profession with her “Getting to ‘Yes’ With the Public and Elected Officials” presentation.  As ITE International Director (2012-2014) and Advocacy Committee Inaugural Chair (2014-2016), she shared several “Advocacy” presentations and worked collaboratively with the US Congress, the American Society of Civil Engineers, and ITE which helped lead to the 2014 FAST ACT Transportation Funding—signed by the US President in 2015.